I just finished TWD (for now) and just started watching fear the walking dead. I have to say, I love FTWD. I think FTWD’s writing is MUCH better than the original series, but TWD has much more likable characters. Just my opinion. Let me know your thoughts on the two in the comments, what you like about TWD and FTWD and the pros and cons between the two 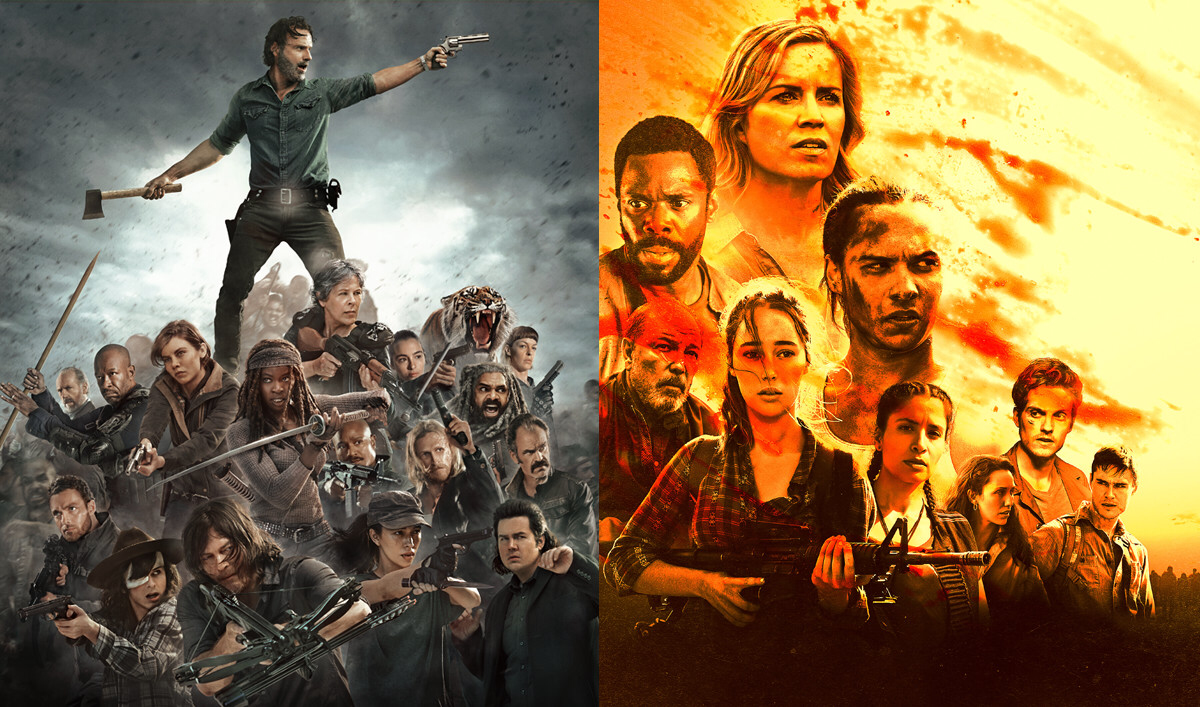 If you think that FTWD has much better writing, wait until season 4. The show is a total garbage since then.

Fear was great up until past the first quarter of season four, where the villains/writing felt somewhat lazy and the second half, which had a cool idea, was pretty bland. Season 5 is a shitshow and I have no idea what the hell happened.

I respect your opinion of course, but I kinda think it might change once u get to seasons 4 and 5🤷‍♂️

This is a warning. The show becomes a directionless, shitty, cheesy, inconsistent, lazily-written mess in season 4+.

Season 3 was it's last good season.

Because we have invested 3 years of our fucking lives into this show, only for Gimple and his assfuck crew of disphit writers to come along and change the show entirely.

We watch it because

I mean, imagine watching a show for 3 YEARS, than that show finally gets good, finally finds its footing in TWD universe. Finally able to tell the story it's been building to. Only for that show to be rebooted entirely, all of the characters changed, killed the main lead to make a character who has NO BUSINESS nor deserves the RIGHT to be the lead on that show, the lead, and than completely destroy the OG characters, and make them secondary characters.

It's fucking insulting as hell.

@SuperColonelSarge  you put 4 years into watching a show that to you, is shitty? But you’re the one tuning in every sunday at the same time giving “gimple and his assfuck crew” another view. i’m so tired of people complaining nonstop about how they “killed off carl” and “twd isn’t twd without rick grimes” and “(insert name of least favorite character) is pointless” blah blah blah . people find every reason to complain yet still continue to watch the very thing that disappoints them 🤡 makes a loooot of sense

I put 3 years into a show I thoroughly enjoyed and loved every second of. Even the season's people thought were bad, I actually enjoyed and really liked them. (Season 2)

And now, I watch for all of the aforementioned things I said.

Also, I don't give AMC any views because I use alternative sources for watching Fear. And no, it's not pirating the show either. I may fucking hate Fear in season 4 and 5, but I still enjoy not being arrested.

Regardless, I love TWD.

And people saying that they miss Rick and the show isn't the same without him or that people don't like that they killed of Carl, doesn't mean people fucking hate the show. You're allowed to like a show and find issues with it too you know? It's physically impossible to watch something and not find one thing you dislike/hate - yet can still love that film.

No, on the contrary, I fucking LOVE TWD. I LOVE FTWD. Just because I hate seasons 4 and 5 of Fear, doesn't mean I hate that show. It means I hate the direction they took it in and wish for someone new to take over.

@SuperColonelSarge youre the one writing long paragraphs but I’m the one pissed off? Um okay . Get a life 😭

Season 1: great it was nice seeing something new

Season 2: first half is great but the second half really drags

Season 3: is great all the way through with a few minor hiccups

Season 4: the first half in my opinion are some of the best episodes but the second half like season 2 really dragged

Season 5: I felt was an improvement and I like it more than most but I still think the writers need to listen to the fans that are passionate about this show and want to see it succeed

Sorry about the long paragraph