Hannah wakes up after a violent car accident to find both of her children missing. She gets out of her car and walks around the neighborhood. She sees several bodies lying on the ground. She begins screaming, hoping someone will help her; however, as she walks further down the street, she finds two walkers feeding on a body. They notice her, and one of them begins to chase after her. She then runs to her ex-husband's house and bangs at the door. The door opens, and her ex-husband is standing in front of her pointing a shotgun down at her. He then raises it and shoots the walker that was following Hannah. 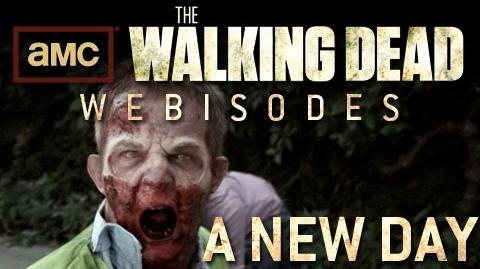