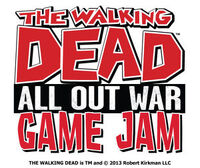 The Walking Dead: All Out War Game Jam was a contest to celebrate the 10th Anniversary of The Walking Dead, where aspiring and professional game developers are tasked to make a video game in 2 weeks, based around a theme, in this case, All Out War. The contest was announced on September 26, 2013 from the Eurogamer Expo in London by Skybound.[1]

Prizes for the ten best entrants are following:[1]

Unfortunately, its ambition meant it ran too slow on our machines to be enjoyably playable for any extended period of time, and despite the production ambition and polish present in the video, we regretfully had to chop it from the finalists bracket.

It had cats in an all out war against mice. It had comedic voice acting and impressive presentation for such a short turn around. Even moreso, its few levels were pretty well-tuned. Well done Keith!

Targeting the personal difficulties between people during survival during an all out war as a core mechanic was a brave idea to pursue through its assumed complication. The game was quite difficult to understand and play for us to truly appreciate it beyond the concept, but we felt it worthy of inclusion here. We hope the team takes the idea further!

War Of The Words

War of the Words is a first person shooter based on the concept of a verbal debate re-imagined as actual warfare. The player chooses one of the three classic modes of persuasion, and uses it in an attempt to ‘persuade’ enemies to their way of thinking. Each mode of persuasion is weak to one mode, strong against one mode, and ties with itself, forming an amusing paper-scissors-rock triangle. Press your advantage against enemies who are easily influenced by your arguments while strategically outmaneuvering those who would out-debate you.

Robots fight the wars of the future. AI control systems called N.E.X.I.S. determine the front lines and a stalemate has existed for years… until now. Vehicles of old have been rebuilt and human soldiers are once again taking the field. Push your enemies back. Destroy their forces. Claim victory!

Dog in a Mech

Press a bunch of buttons and pilot a genuine mechanized walking tank in Dog In A Mech. In the future, you are a dog. A dog who can sneak around, a Dog who can press buttons. Follow the prompts from your radio assistant to turn on the mech and reign fire upon yer enemies.

Guide a robot butler to victory against a giant floating cube and it’s slime minions!

So, here’s the deal: Zombies have taken over. And you’re a motherfucking tiger. "Wait, what is a tiger doing in the middle of the city? Did it, like, escape from a zoo or something?" "What? YOU’RE A MOTHERFUCKING TIGER! KILL ZOMBIES!!!!"

"Oh, is it a rogue-like or a metroid-vania?"

Welcome to Vanguard! In Vanguard, you are the last remaining hope for the human race. *You fight the invading alien forces on three different fronts. So if the enemies get through on the first encounter, not all hope is lost, as you may be able to get them on the next one!

Travel through beautiful meadows as you mercilessly devour different food monsters that are trying to kill you. Gather your silverware as you advance through 8 action-packed levels, and use the right combinations of attacks to dispatch your enemies.

Keiron in the Dark 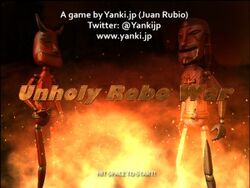 All Robo Hell has broken loose! It is the last stand for the Robo Diablo. Robo Jesus’s (He-sus) army has come to evict him from the world once and for all. Defend his base and defend his life for the Ultimate Unholy Robo War has come to pass. Are you Robo Diablo enough to stand up to 5 levels of Unholy War?

Are you a bad enough president to stop the war? All politicians dream of saving the world, and now they finally can thanks to the brand new limb-coordination action game, “Human Shield: Stop the War”. 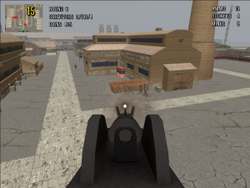 Equip your towers with sniper ammo, rockets and land-mines. Create clear routes for the survivor groups to run through. Guide them with signal lights, fire rockets at walker groups, place land-mines to keep a passage free in this fast paced FPS variety. 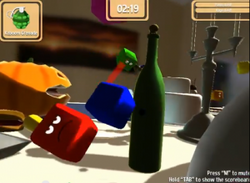 Venture into a table full of food in a crazy war cubes. Choose your mini cube and go to battle! Do everything, throw grenade, shoot, and jump through scenario at high speed, but be careful, because if your cube face is facing the table or if you get out of it, you will die. Good luck and get ready… They’re all at war! 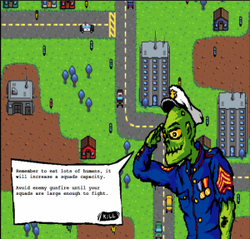 You are in command of the most feared and largest scale war of all time – the war on humanity! This is an all out war on mankind, as played out by the undead. The odds never start in your favor, but by being aggressive with your attacks, the tides turn rather quickly. 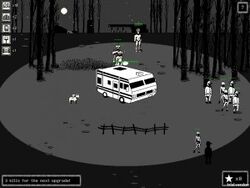 “The Narrow Path” depicts an “All Out War” between humans and zombies. But there is a twist…Our main character wants both sides dead so as to start over and repopulate Earth impregnating the three Swanson Sisters he kidnapped! He is a crazy fellow in crazy times. He reanimates corpses and build an army of his own with the aid of a mutant dog. 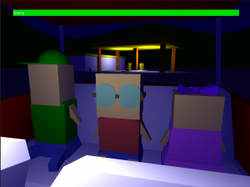 Don’t Make Me Turn This Car Around

DMMTTCAA is a family road trip simulator. Given that the theme of the jam is “All Out War”, I decided to make a game based on the personal experience I have that is closest to war: long road trips with my brother and sister. The year is 1992. It’s a time before cheap mobile gaming and seat-back television screens, and you’re driving three children home. Do you have what it takes to handle these three terrors? Can you manage their tempers, bladders and appetites without going insane or hitting the ditch? Stop for gas and supplies, or try to speed home? 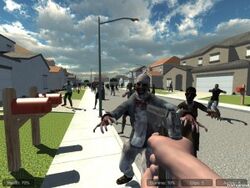 Survive for as long as you can against hordes of the undead. Remember to aim for the head!

Slaughter zombies by shotgun or truck as you hunt for your enemies to get sweet revenge.

Discover hidden poppy flowers to honor and pay tribute to the fallen. The game was inspired by imagery from the atomic attacks of 1945 and Chaplins famous speech in The Great Dictator. Built by Joe Kinglake and Bradley Smith over a weekend in approx. 48 hours featuring original assets. 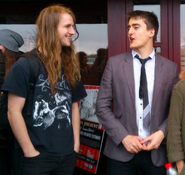 Beavl
Add a photo to this gallery

Retrieved from "https://walkingdead.fandom.com/wiki/All_Out_War_Game_Jam?oldid=1339242"
Community content is available under CC-BY-SA unless otherwise noted.