Citizens' Band Radio (also known as CB radio) is, in many countries, a system of short-distance radio communications between individuals on a selection of 40 channels within the 27-MHz (11 m) band. It is mainly used by emergency services to dispatch personnel to areas that require attention whether medical or lawful. It is also used by the U.S. Military to coordinate troop deployment and movement as well as aiding in providing support. Both "ham" and handheld radios are seen throughout The Walking Dead series being used by different personnel.

The purpose was to remain in contact with other personnel or survivors in the TV Series. People would keep them around in case anyone was broadcasting as well as to listen for instructions from officials about the outbreak. After the apocalypse, people still continued to use radios in the rare event they do reach out to someone. 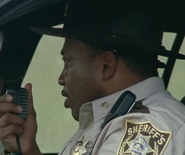 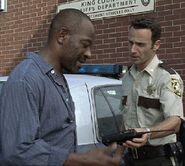 Leon's radio being dragged on the ground.

Rick trying to reach any survivors. 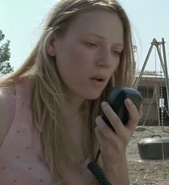 Glenn talking to Rick over the Tank radio.

Rick at the beginning of Season 2 telling Morgan they are abandoning Atlanta.

Rick finds the radio he gave Morgan in Season 3.
Add a photo to this gallery

Lee and the police officer hearing over dispatch about the outbreak before they crash. 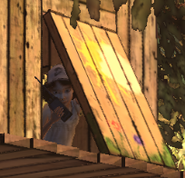 Clementine talking to Lee over the radio.

Lee talking to the stranger over the radio.

Tavia talking on her radio.
Add a photo to this gallery

Retrieved from "https://walkingdead.fandom.com/wiki/CB_Radio?oldid=1286340"
Community content is available under CC-BY-SA unless otherwise noted.