Chase is first introduced on a rooftop, lying unconscious against a wall. He is awakened a minute later by Harris, who hands Chase a crowbar as a weapon. Across the way, a storage facility is seen and Harris suggests heading for it to collect supplies. Down on the street, Chase spots a picture of children and Harris is attacked and devoured by walkers, while Chase manages to break down the facility's door and enter the building. Chase then darts into a storage unit and attempts to lower the shutters, but some walkers manage to reach underneath them. Suddenly, all three walkers are shot dead by an unseen person in the corridor. 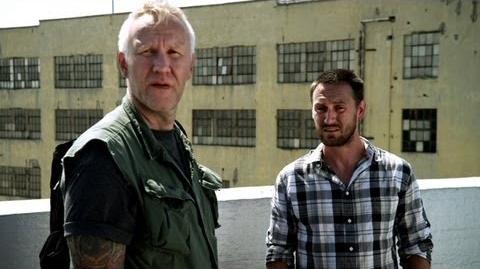