Keys to the Kingdom

Keys to the Kingdom

Chase is being chased by walkers and runs to a storage locker. He enters the locker and attempts to close it. On the other side of the storage door, Chase hears gunshots from a man named B.J., who killed all the walkers chasing him. B.J. tells Chase to leave the storage locker and show himself. After, B.J. tells Chase to leave the facility. B.J. is questioned by Chase, and Chase says he'll power up the generators, in return for powering up the generators, Chase would get a truck.

While walking to B.J.'s office, he is told to look through a storage room that was owned by a cop. It is revealed that the cop is Rick Grimes. Chase finds pictures of Rick's family and smiles upon looking at them before grabbing a new shirt and heading to the office. 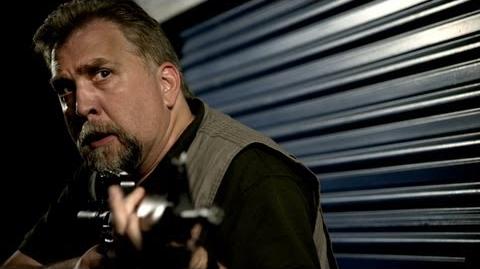