View source
watch 01:55
Cobra Kai Season 4 - The Loop
Do you like this video?
Play Sound

Overrun by the undead

"Long Road Ahead" to "No Time Left"

Savannah, Georgia is the fourth largest city in the state of Georgia and serves as an industrial center and an important Atlantic seaport. The last two episodes of Telltale Games' The Walking Dead: Season One take place in the city.

One of the State of Georgia's busy cities, Savannah serves as a major seaport as well as a central transportation hub and industrial city other than Atlanta. Many routes whether by boat, road, or train lead freight to and from the city and there were about 130,000 people living in Savannah at the time of the outbreak. When the epidemic hit, the city went into a panic as the Federal Rescue Services tried to quarantine buildings and city blocks that were infected. This, however, caused widespread panic and the inhabitants began boarding up all their windows and doors and tried to stay inside to wait it out. These efforts proved to be useless as the entire city succumbed to the infection. In the end, the U.S. Military was unable to protect the city and the Federal Rescue Services abandoned the city completely.

One of the city's more notable districts is Crawford which was the residence of the more rich and wealthy citizens of Savannah. There was a school, quad/plaza, auto repair shop, and other shops and residencies in the area. When the apocalypse began, many civilians took refuge in the district and barricaded themselves in it to prevent further infection. Later, the district was overseen by a leader named Crawford Oberson who imposed new and strict rules for the survivors.

With the outbreak reaching chaotic proportions, the FRS issued a warning over the Emergency Broadcast System declaring that the city was no longer safe and to find another means of rescue. The city, along with Atlanta, was declared a level 9 catastrophe meaning that the city was destroyed and completely overrun with walkers. Clementine also mentions (along with the answering machine from Diana) that her parents are on vacation in Savannah.

The skyline of the city was seen near the end of the episode as Lee Everett and the group of survivors approached the city in the train. They made it to the city and abandoned the train, heading on foot to the waterfront in search for a boat.

The entire episode takes place in Savannah, beginning with the group of survivors walking through the streets quietly until they are alerted by an unseen survivor, who rings a nearby church bell. This causes many walkers to appear and the group to run for shelter in a nearby mansion. Once things quiet down, Lee and Kenny head out to the marina to try and find a boat. Their efforts prove futile, but they do get acquainted with another survivor, Molly. However, more walkers appear forcing the group to separate, with Lee venturing down into the city sewers and the others climbing up into a nearby building. After navigating his way through the sewer, Lee arrives at one of the city's hospitals. In the basement morgue, he is greeted by a group of cancer survivors and their leader, Vernon, who eventually leads him back to the mansion. They then find a mostly functional boat in a shed, and begin to plan a departure from the city. Needing supplies for their escape, the group decides to head into the Crawford district. They decide to try and sneak into the area at night, but find the place overrun with walkers. Still, they get the supplies and head back to the mansion to continue repairing the boat. The next morning, Clementine shows up missing and Lee is bitten. The group decides to mount a search for Clementine before leaving.

This episode continues on from the previous episode leaving the survivors to try and find Clementine in the city. Lee, believing that the kidnapper is Vernon, heads back to the hospital to confront him only to find it empty. Eventually, the group leaves the hospital and head back to the mansion where they discover the boat has been stolen by Vernon, effectively ending any hope they had of getting to safety. Before deciding on their next move, a herd of walkers boxes them inside the house. They hide out in the attic, where Lee is contacted by Clementine, who says she is being held in The Marsh House. After a harrowing journey across Savannah's rooftops that presumably costs the life of Kenny and determinedly Ben, Lee is separated from Omid and Christa by a collapsed sign and moves to confront the kidnapper alone.

He manages to get slash his way through the zombies crowding the street in front of the hotel, then moves inside. The stranger demands Lee to disarm himself, then the two discuss Clementine. Their discussion quickly comes to ahead, and the Stranger is killed by Lee or Clementine. Once Lee gets her back, the two try and make their way on the streets to safety, but Lee is unable to continue with his bite and passes out just as the two spot a zombified Ed and Diana on the street. Clementine rescues Lee by dragging him to shelter in a nearby Jewelry Store where she has to make the ultimate decision on his fate. In the final scene, Clementine is seen outside of Savannah and walking in a field in rural Georgia where she sees two shadowy figures who notice her. (In Season 2 these figures are revealed to be Omid and Christa). 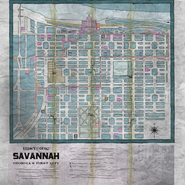