Hannah and Andrew are seen gathering supplies and preparing for their escape to Atlanta. They continue to try to cope with what is happening to the world around them while the kids, Billy and Jamie are eating in the dining room. The rug begins to move while the siblings argue about the dog, as Judy is not yet dead, and appears in front of the children. Billy is about to scream just as his sister covers his mouth, and they hide under the table to avoid the walker. This walker that used to be Judy is searching for them, unaware that they are hiding under the table. As the walker continues the search, the children get up and run to the closet for a better hiding place. The walker spots them and begins pounding on the door to get in as Billy and Jamie scream. The walker gets the door open, and just as she reaches out for the children, Hannah comes in with an axe and slashes at what used to be Judy, killing her for good. 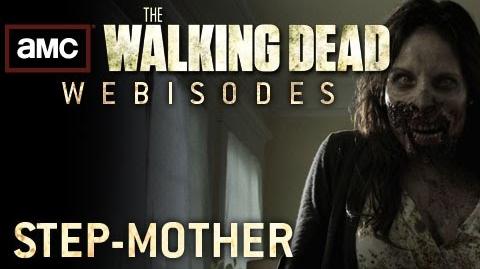