Should Carl be described as definitely being Judith's half-brother? It's never really proven one way or the other whether or not Judith is Shane or Rick's daughterDrNordo 01:49, November 1, 2011 (UTC)

I have an idea for a new profile pic for Carl

Sholudn't it be added that carl is a main protaginast or centrel character in the series? just seemed like a good idea because he is.GhostWolf716 (talk) 22:40, August 10, 2013 (UTC)

Can someone edit this page? Carl is Judith's half-brother. Shane's listed as Judith's biological father on the official site; it says so on his own wiki page.

I noticed some discrepancies regarding Carl's empty eye socket. Sometimes you just see some soft scar tissue, but in at least two or three pictures you can clearly tell that there is part of the skull bone visible. Is this possible? I'd guess this would be a constant source of pain and infections. But e.g. here you can clearly see most of the skull structure: 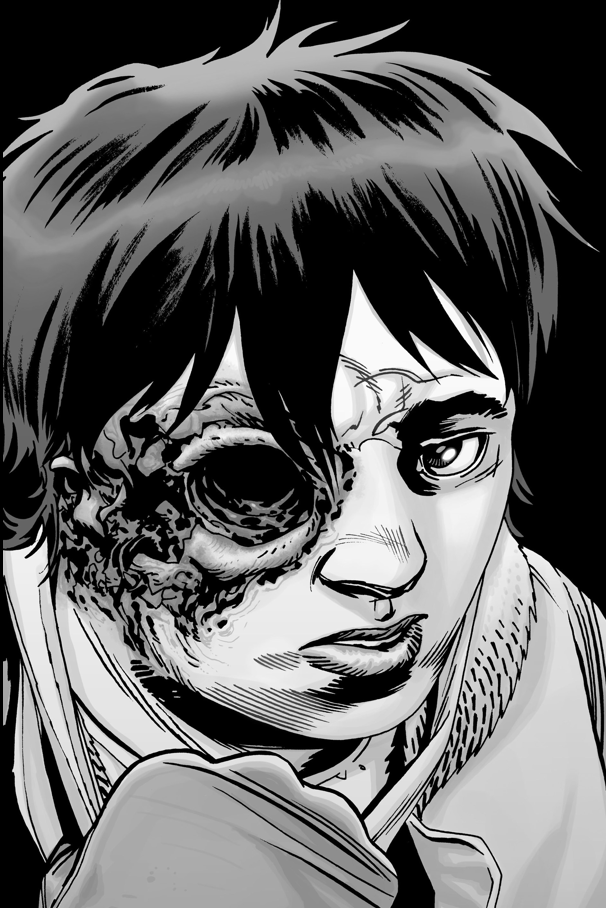 Retrieved from "https://walkingdead.fandom.com/wiki/Talk:Carl_Grimes_(Comic_Series)?oldid=893173"
Community content is available under CC-BY-SA unless otherwise noted.