Chase enters B.J.'s office and B.J. orders Chase to head up to the next floor to turn on the power. Chase walks upstairs with a crowbar and reaches the generator area. While figuring out the generator's controls, a walker, Lenny, roams up behind him and Chase accidentally kills it. He then returns to B.J., who informs him of the walker's identity, a former co-worker of his. Chase goes outside with him, only to be betrayed and shot by B.J. 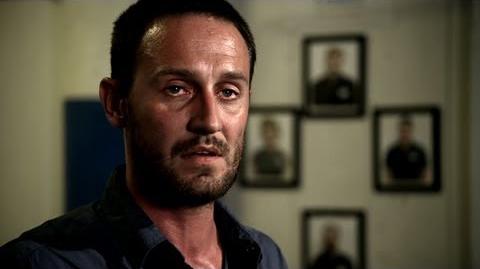 Webisode 3 The Walking Dead, Cold Storage The Chosen Ones
Русский
Community content is available under CC-BY-SA unless otherwise noted.
Advertisement