The Walking Dead: Survival Instinct is a first-person shooter video game based on AMC's The Walking Dead. The game was developed by Terminal Reality and published by Activision. It has been released on March 19, 2013 in North America, March 21, 2013 in Australia, March 27, 2013 in New Zealand, and March 22, 2013 in Europe.

The game acts as a prequel to the TV series revolving around Daryl Dixon and his brother Merle on a haunting, unforgiving quest to make their way to the supposed safety of Atlanta. Players will control Daryl as they attempt to avoid detection from zombies that hunt using sight, sound, and smell and will choose between fighting them or using stealth to avoid detection. According to Activision, "No place is truly safe for Daryl as he makes his way through the Georgia countryside in this new, post-apocalyptic world."

Supplies will be scarce and players will need to carefully manage rations, ammunition and supplies as they make their way through the game. Daryl will encounter a slew of other characters along the way that can help or hurt him. Whether or not these characters accompany Daryl is completely up to the player and represents just some of the major decisions that will constantly be made while fighting to survive.[1]

The Walking Dead: Survival Instinct will show the story of how Daryl and Merle Dixon arrived in Atlanta. They will have to manage their supplies carefully, and also deal with any other survivors they encounter on their way.

The story starts with Daryl and Merle's father, Jess Collins, and Buck hunting. Jess and Buck spot a deer and Will follows its trail of blood. When he reaches the animal and is about to shoot it, he hears Buck's screams for help, but he arrives too late and sees that two walkers are eating him. He shoots one of them. Unfortunately, more are beginning to come out of the bush. He is able to shoot some of them until he is out of ammo. He is then knocked out and sees that walkers are eating him. Jess along with Daryl, find Will and shoot the Walkers that were eating him. Daryl can not bring himself to kill his father. Instead Jess takes the gun and shoots Will to end his suffering saying "sorry, brother."

The game is played from a first-person perspective to limit the players view of the environment and the walkers to create a sense of fear. There will also be multiple choices available. In one playthrough you may go to one city but in another you may take the country side route, which can help the player finding more supplies and survivors, depending.

The player controls Daryl Dixon. You can use several weapons and tactics to deal with walkers. You can use melee weapons, firearms and Daryl Dixon's signature weapon: the crossbow. The player can also be sneaky. If a zombie is distracted and Daryl approaches silently without being detected, the player may execute a walker in order to maintain cover.

Walkers can smell, hear and see the player. They are also created using a random generator so there will rarely be two of the exact same walker model at the same time. A lone walker is not much of a threat, but more of them can be a great hazard to the player. The walkers can only be killed by extremely forceful blows to the head, e.g. a bullet shot from a gun or a sledgehammer. Walkers tend to kill in one bite, or simply flail about until the player somehow stops breathing. The player is discouraged from fighting multiple walkers at once and is instead recommended to avoid them at all costs.

There are many survivors featured in the game, most of them not seen before. The player can recruit survivors to his group during the game. The player may also choose to send them on missions to scavenge for supplies. They may be killed during their search, meaning you lose the survivor and whatever they are carrying with them. Other NPCs can be found such as police officers. All survivors thoughout the game don't try to fight.

Supplies are very important on the game. You can heal yourself and your group members with sports drinks and meal packages, you can use fuel to explore different ways on the game and find random loot. Supplies are randomly spawned, which makes each play through different.

Distraction items are used to distract walkers. These are often bottles or flares. Throwing these items far away will attract the attention of nearby walkers, and will generally draw them all into one spot. This tactic is especially useful in stealth-based situations.

It was developed by Terminal Reality (Blood Rayne, Ghostbusters) and published by Activision. The game was first announced July 6, 2012. The first gameplay was shown on December 24, 2012. The first gameplay had a bad reception mainly due to the lacking quality of the visuals. The game released on March 19th (US), March 21st (Aus) March 22nd (EU IE) and March 27th (NZ).

Reception for The Walking Dead: Survival Instinct was particularly poor. Reviewers main concerns were the level design, poor graphics, and broken gameplay mechanics. The title was labeled among reviewers as a "Cash Grab". 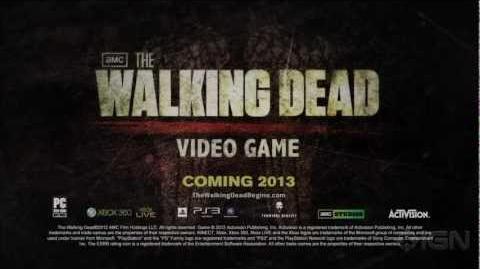 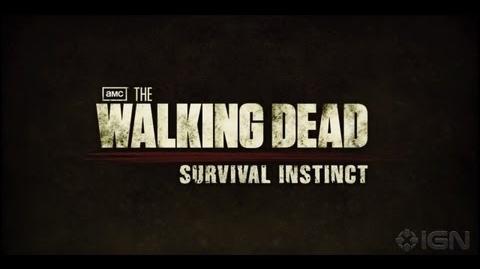 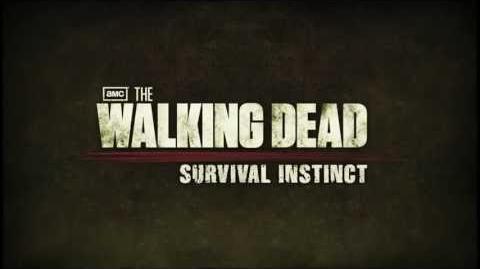 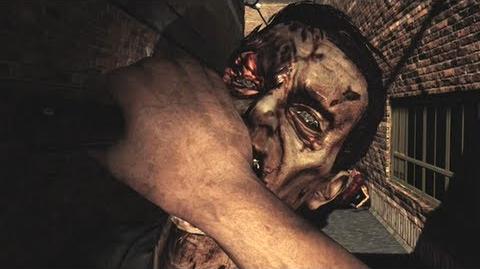 The Walking Dead Survival Instinct - Behind the Scenes

The following is a list of all obtainable Achievements and trophies in the game. 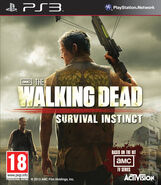 Start a Discussion Discussions about The Walking Dead: Survival Instinct