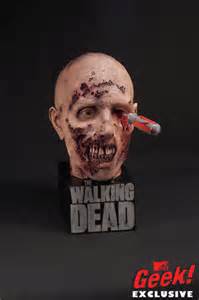 The Walking Dead: The Complete Second Season Limited Edition is a special Blu-ray set that includes the entire second season of The Walking Dead along with many bonus features and new extras. It was released in August 28, 2012.[1]

This set includes a Blu-ray packaging, featuring a zombie head with a screwdriver in the zombie's eye socket, a recreation of a scene from the second season premiere. The limited edition packaging was designed by Gregory Nicotero and sculpted by McFarlane Toys.[2]

Retrieved from "https://walkingdead.fandom.com/wiki/The_Walking_Dead:_The_Complete_Second_Season_Limited_Edition?oldid=1302804"
Community content is available under CC-BY-SA unless otherwise noted.