View source
watch 01:55
Cobra Kai Season 4 - The Loop
Do you like this video?
Play Sound

For the other video games in The Walking Dead universe, see Video Games.

The video game series was developed and published by Telltale Games, associated with Skybound Entertainment.

Telltale debuted the series with the release of Episode 1 of Season 1 at the beginning in spring of 2012.[1] The first episode of the adventure game debuted on April 24, 2012, for PC, Mac, and the PlayStation Network, on April 27, for Xbox Live Arcade, and on July 26th, for the iOS.

Due to the late release of the game for iOS, episode 2 became available for download on August 29th. The entire first season, (along with the "400 Days" DLC), was released on August 20, 2013, for the PlayStation Vita.

Kirkman has said that, unlike typical zombie games such as Left 4 Dead, it focuses more on characterization, character development, and emotion than action.

It is also the first game from Telltale to use the PlayStation Move. It is a point-and-click horror adventure, focusing on problem-solving rather than combat.[1]

On June 15, 2015 during E3, Telltale Games announced a new mini-series titled The Walking Dead: Michonne, which follows Michonne's story during the events in the Comic Series. It was released as a stand-alone series on February 23, 2016. Telltale has announced that further information regarding Season 3 will be released following the completion of this series.

An updated version of the series titled The Walking Dead: The Telltale Series - Collection was released on December 5, 2017 for PlayStation 4 and Xbox One, both in retail and digital releases, with PC/Mac, iOS, and Android releases coming in 2018 as well as on additional platforms in the future. The collection contains the first three seasons, including the “400 Days” DLC and the three-part The Walking Dead: Michonne mini-series; all nineteen episodes are fully upgraded with visual enhancements.[4]

Season 4 was confirmed on July 2017 during San Diego Comic-Con 2017. This season would mark the conclusion of Clementine's story. The first episode was released on PC, PlayStation 4, Xbox One, and Nintendo Switch on August 14, 2018. Season 4 will also be the final game that Telltale will release, as the company announced studio closure in September 2018 following a massive layoff of its staff and the cancellation of most of their in-development titles. It was initially believed that after the second episode released, it was going to be the final episode released, and that the third and fourth episodes were cancelled, thus leaving Season 4 unfinished. However, on September 24, 2018, Telltale released a statement on social media saying "Multiple potential partners have stepped forward to express interest in helping to see The Final Season through to completion". While this got fans excited, most spoke that Telltale should seek ways into paying the developers of the game severance. On October 6, 2018, it was announced that Skybound Games, the gaming division of Skybound Entertainment, will be finishing the final two episodes of Season 4.

The third and fourth episodes were ultimately released on January 15, 2019 and March 26, 2019 respectively, thus concluding the story of Clementine.

A complete collection of the entire series called The Walking Dead: The Telltale Definitive Series was released on September 10th, 2019, including yet another remaster of the first three seasons, 400 Days, and Michonne miniseries featuring the option of The Final Season's "graphic black" style. Also included was bonus content such developer commentary, an art gallery, music player, and 3D model viewer.

On April 3, 2019, Ian Howe, CEO of Skybound Games, confirmed that there will be other stories of The Walking Dead to tell and that there are many discussions about future projects but he also said that for now nothing is concrete.

A continuation of Clementine's story was hinted at the end of Negan Lives and as of July 7, 2021 she has made an appearance in Clementine Lives, marking her first appearance in the comic series.

(In order of chronological appearance)

The in-game statistics are tracked by the game when players are confronted with various but difficult choices. Players influence the story within the entire game when making these decisions, creating a "tailored" experience.

On February 15, 2012, Telltale announced the launch of Playing Dead, a behind-the-scenes online talk show including guests like The Walking Dead creator, Robert Kirkman, and story consultant and "The Book of Eli" writer Gary Whitta.[1]

The Walking Dead Collection - The Telltale Series received "generally favorable" reviews on Metacritic giving a metascore of 78/100 on Xbox One.[5] 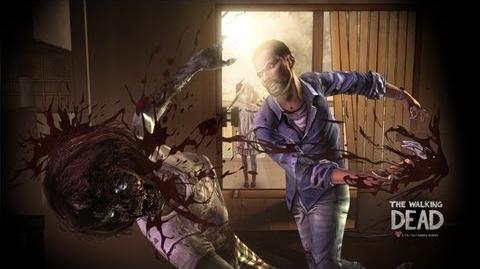 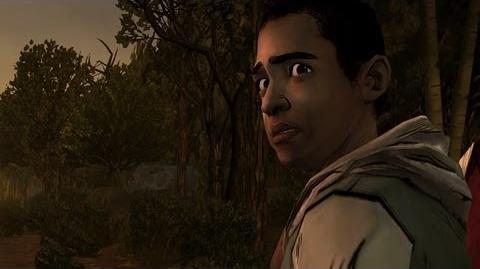 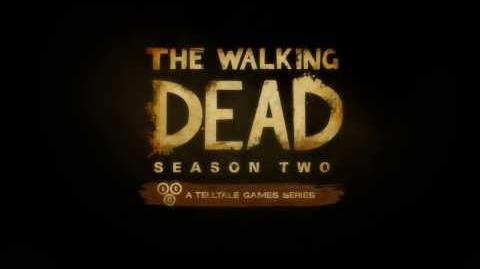 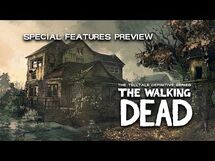 The following is a list of all obtainable Achievements and trophies in the game.

Behind the Voice Actors Awards

This is a list of awards that The Walking Dead: Season One has been nominated for or received. Titles in bold have been officially given.