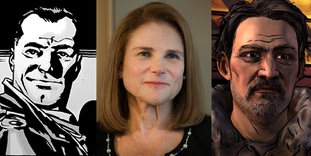 Leadership or Power is a recurring theme in The Walking Dead. It involves an individual or a group of individuals being given the responsibility of making decisions for the group they're a part of. Leadership can come about naturally (people simply start following the person they see as having the highest authority), through an election, or through a bloody power struggle and repression.

The Walking Dead: World Beyond

Retrieved from "https://walkingdead.fandom.com/wiki/Themes:_Leadership?oldid=1490640"
Community content is available under CC-BY-SA unless otherwise noted.