watch 01:29
Wiki Targeted (Entertainment)
Do you like this video?
Play Sound 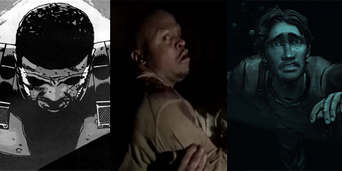 Sacrifice is a recurring theme in The Walking Dead. It happens when somebody is willing to give a life for the greater good, be it their own or someone else's.

Retrieved from "https://walkingdead.fandom.com/wiki/Themes:_Sacrifice?oldid=1489638"
Community content is available under CC-BY-SA unless otherwise noted.