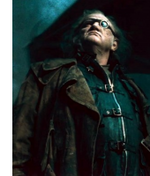 Hello, all! I am AlastorMoody, huge Walking Dead fan and also huge Walking Dead critic. I started watching the show the summer before season 4 came out and have been following it ever since. I read for the first time nearly the entirety of the comics prior to the release of issue 144 and have been purchasing the new issues every month since then. I consider my "area of expertise" to be on the timeline of the show; you can often find me editing the Television Show Timeline page and fighting tooth and nail with any who question my statements that have only been set forth after careful deliberation and serious consideration. My current goal has been getting to the bottom of this whole timeline business in the hope to cease all disagreements amongst fans. As such, I conducted some time ago an extensive study into the timeline of the show, from the beginning of the global outbreak to the end of season 5, parsing every episode of the show for hints toward the passage of time and any other such knowledge and also taking into consideration interviews with and statements from those involved with the show. I have posted my findings of this investigation on the subreddit for The Walking Dead, and you can find them here. Additionally, I created a hastily designed visual timeline to illustrate the months in which every season of the show might take place based on what we are told about the timeline; you can find it here.

Retrieved from "https://walkingdead.fandom.com/wiki/User:AlastorMoody?oldid=842288"
Community content is available under CC-BY-SA unless otherwise noted.