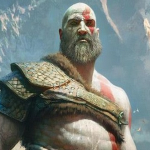 For context on my leave: https://walkingdead.fandom.com/wiki/Thread:402225?useskin=oasis

Hi, my name's Christian, or you can call me CD.

I am a huge fan of the franchise, or was at least. In 2015, I picked up Issue 1 at my local book store, and from then on, I've been addicted. Weeks later, I started watching the show, and I loved seasons 1 and Season 4 was decent, but anything in between was poor in terms of writing and lack of character development. Nowadays, I watch it because I've already put a lot of time into the show, so it would feel somewhat weird to stop.

Remember when the comics were actually good? I certainly do. After I read #126, I was curious to see the aftermath of the war, but from then on, I started to dislike the comics more than the show. I'll still buy the new issues, but only because once I start something, I feel like I have to know what happens next, otherwise it just feels unfinished. Nowadays, the only things I enjoy and/or will be looking forward to are the video games, and even that's not saying much.

Now onto who I am as a person. I am generally a nice and caring person. However, there are times when I get short tempered, but thankfully, that doesn't happen very often. I like to play video games as well. Not much, I know, but that's all I've got.

Thanks for reading my bio.

Why do you exist?

I don't watch a lot of TV, so don't judge me 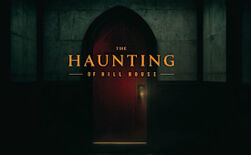 The Haunting of Hill House

One Day At A Time

Retrieved from "https://walkingdead.fandom.com/wiki/User:CDandme?oldid=1223396"
Community content is available under CC-BY-SA unless otherwise noted.