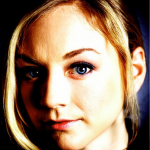 Hi, i'm just an ordinary 18 year old guy who loves the Walking Dead franchise. My favorite character is Beth because she's cute and got a lot of potential to become a better character. My first favorite character is Sophia, but she died. I really hope Beth becomes the new counterpart of Sophia in the TV series. I love how much she has grown in Season 3♪

For me, to really enjoy the show, i need to have a character which i can relate to, so i can really feel the emotions of the characters and the stories♫ In Beth's case, i can almost perfectly relate to her character, so the story so far is relateable and it feels like i'm one with the group♫ If the character which i have invested my feelings to is gone, the show won't be interesting anymore♫

Long Live Beth!!! The breath of realism and the undying fire of hope♥ 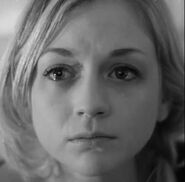 Thanks Maggie, i don't wanna die.

The Beth Cave, a paradise for Beth lovers♥

The Beth Cave version 2 look at my name at the top!! LLB♫

Beth Cave version 3 look at my name at the top so cool!♫
Add a photo to this gallery

1 of 17
Add photo
Retrieved from "https://walkingdead.fandom.com/wiki/User:Cheria?oldid=1135565"
Community content is available under CC-BY-SA unless otherwise noted.