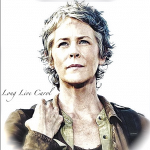 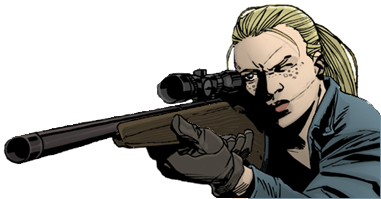 Rick Grimes, a small town cop, awakens from his coma following a gun shot wound, to find the world in ruins, overrun by the dead. He his helped by a man named Morgan Jones and his son, Duane. Before setting off to Atlanta in the hopes of finding his family alive.

Finding the city overrun upon arrival, Rick is promptly rescued by a scavenger, Glenn, who takes him to the Atlanta Survivor Camp, located on the outskirts of the city. The camp is short lived, however, as after a few nights, the camp faces it's first attack by the undead, which results in multiple fatalities. The survivor's move on, seeing the outskirts being too dangerous as the roamers from the city are now moving out the way.

During the camp's undead attack, Amy is bitten in the jugular, and promptly bleeds to death. Jim is bitten in the arm during the chaos and ultimately wishes to be left by a tree to die and re-animate. Following some serious conflicts and jealousy, Shane snaps preparing to kill Rick, before being shot in the neck by Carl.

After some days on the road of battling snow, among encountering three other survivors (Tyreese, Julie and Chris), the group seek sanctuary in a seemingly abandoned gated housing estate, named "Wiltshire Estates". Truly believing they can start their lives here, horror strikes the group as they realise the community is actually overrun in uncharted areas after some days of staying there, driving the survivors out onto the road once again.

As the group conducts another search throughout an uncharted area of Wiltshire Estates, they are ultimately overrun by a mass amount of the undead. As this happens, Donna is grabbed and devoured by a roamer at a doorway. The group have no choice but to run.

Whilst out hunting, Carl is accidentally shot by Otis, who initially mistakes them as the undead. The group hastily makes their way to the farm Otis lives at, the Greene Family Farm, where Hershel, a veterinarian, is able to save Carl's life. Meanwhile, Glenn forms a romantic relationship with his daughter, Maggie. Rick finds out the reason the group is unable to stay in the barn, which is because it is filled with Hershel's undead relatives and friends. This generates tension and conflict between the opposing views of dealing with the undead. In the process of using Hershel's barn concept, the roamers ultimately break free in an accident, killing inhabitants causing the survivors to put them down. Hershel, distraught and depressed, is enraged by Rick's entitled nature, and orders the survivor's to leave his land and to never return. The group do just that, however Glenn stays behind due to his relationship with Maggie.

Hershel's son, Shaun, was bitten and ultimately re-animated prior to Rick's group's arrival, and he was stored in the barn with Hershel's other undead relatives. When the roamers break free from the barn, a zombified Shaun bites Arnold (Hershel's other son) in the neck, killing him. Hershel's daughter, Lacey, ends up being swarmed by the undead and is devoured.

Following the group's eviction from the Greene family farm, the begin travelling and scavenging areas of Rural Georgia in Dale's RV, when they stumble across an overrun Meriwether County Correctional Facility.

The survivor's stumble across Meriwether County Correctional Facility, a prison which is seemingly overrun by former inmates, leaving the contents inside untouched. After single-handedly clearing out all visible courtyards and parts of the interior, the group find 4 inmates who had been surviving, locked inside (Dexter, Axel, Andrew and Thomas). The group settle into their new home and convince Hershel and his family to migrate where it is safer, which they do so. Upon finding two of their own murdered, tensions boil between the group and the inmates, when wrongful accusations are thrown around.

After settling into the prison, Julie and Chris carry out the suicide pact they had been planning prior to their arrival. This ultimately fails and results in Julie's death only, as Chris pulled the trigger too fast. Tyreese, enraged, finishes the job and strangles Chris to death. Rachel and Susie were murdered whilst alone in the prison barber shop, their heads decapitated. This cause severe conflict between the group and the inmates, as Dexter was initially accused due to the nature of his sentence. It is revealed that the killer was Thomas Richards, however, when he tries to do the same to Andrea. Thomas is ultimately shot several times by Maggie after he escapes and tried to kill Patricia whilst on 'death row'.

While Hershel's family all migrate to the prison, Otis remains at the farm for the time being, to look after the live stock.

The tension between the inmates and the survivors subdues, as a roamer attack inside the prisoner results in Dexter's death, and Andrew flees shortly after. Axel, who was not a part of the rebellion, remains a member of Rick's group and is accepted as one of them. Meanwhile, a mysterious katana weilding survivor named Michonne stumbles across, and saves Otis, earning her a place to stay at the prison, as the survivors continue to live their lives.

Following Dexter and Andrew's rebellion against the survivors, they are overwhelmed by a lot of roamers inside the prison walls. Despite working together to defeat this, Dexter confirms that it does not change anything, whilst fighting. Amid the chaos, Rick secretly shoots Dexter in the head, under the cover that it must have been a stray bullet. In turn, Andrew surrenders, but promply flees into the unknown. Sometime later, he is bitten and reanimates. Whilst clearing out the generator areas, Allen is bitten in the leg, which is amputated by Rick in a means to stop the infection from spreading. Allen ultimately dies some time later from blood loss.

Rick's group continue to lead their lives in the prison and begin adapting to the atmosphere. They begin to grow livestock in the courtyard. Lori is beginning to have a hard time with her pregnancy and worry continues to grow within the group with no sign of Rick, Glenn and Michonne following the helicopter mission.

A large settlement of regular survivors is discovered, living in the walled town of Woodbury, Georgia. Things seem normal at first, however it is soon established that those in power, namely The Governor, are remorseless, antagonistic killers with malicious intentions against Rick's group and other survivors alike. Rick, Glenn and Michonne discover Woodbury whilst looking for helicopter crash victims, who had previously flown above the prison. Notable features of Woodbury include night time shows in a large arena, where guards fight each other surrounded by the undead.

Rick, Glenn and Michonne spend the majority of this time under the wrath of The Governor. Whilst out looking for the helicopter crash survivors, they find a trail leading to Woodbury, where they are captured as a means of being roamer food for their fighting arena. Rick has his hand chopped off and Michonne is tortured as they remain locked up.