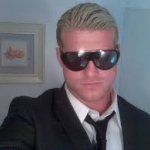 aka A black male

I am perfection, but you can call me Drew or Masta. I love every medium of The Walking Dead, and have been editing on here since late 2012. I don't necessarily have a favorite medium, but the one I question the most has to be the TV series as of late. I'm a bit of an oddball at times and it probably seems that I have a screw loose, which is true. 8)

In May 2013 I got the Janitor staff position, followed by Chat Moderator and Comic Reader. I was a Janitor for 420 days. Top lol. In July 2014, I became an administrator. After being an admin for 10 months, I decided to resign and retire from wiki editing for reasons listed here.

Due to excess free time and sheer boredom, I am back. I do not enjoy any medium of TWD besides the Video Games, but I still watch/read/play it all. If you want to chat or ask a question feel free to message on my talk page, I don't bite.

list of bros aka the bro army of bros

"It's all about faith, honey. My faith ain't never been stronger."
—Hershel Greene[src]

"The whole world is haunted now. We are who we are and we do what we do... And there's no getting out of that. Not until we're dead."
—Tyreese[src]

"We're all so fucked. This world is fucked. I mean, what's the point? We'll just march to some new place and somebody else will die. It's never gonna stop. And eventually, it'll be our turn."
—Nick[src]

(Based on my playthrough)

Retrieved from "https://walkingdead.fandom.com/wiki/User:GRANDMASTA?oldid=1056680"
Community content is available under CC-BY-SA unless otherwise noted.