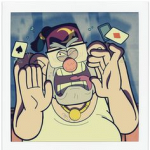 I have an announcement to make. The thing is, ever since my laptop had broke, it's been hard to contribute to this wiki with just my cell phone. It's stressing me out. Plus, updating my profile with my phone is an ordeal of itself. Because of the aforementioned reasons, I decided that I'm closing the book and leaving this wiki. If I get a new laptop, I may come back, but then again, I don't see it happening. Goodbye to you all! Live long and prosper.

I'm a fan of the video game. I also like the TV Series, but the video game is WAY cooler! I've played the video game from the first time episode one came out to now where I'm waiting for Season 3. Not much else to really say here. 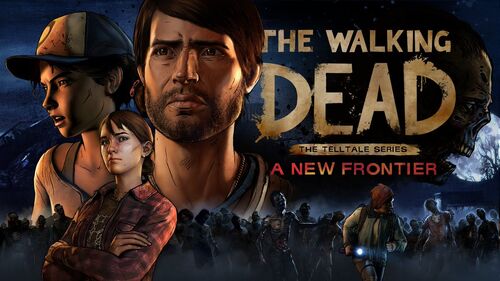 "Lee's penis size is entirely up to the player, more or less. He can either assume a hopeful and slightly idealistic penis size..."
—Vandal on Lee Everett's page

"The most obvious penis that Lee displays throughout the entire series is the ability to be caring and loving."
—Vandal on Lee Everett's page

"You know what? You are right."
—Dracula admitting his crush towards Sarah

"I'm pretty sure that's Clem, not you Dracula."
—Riley's response to Dracula using Clementine's still not bitten picture as an example of how serious he is about his crush on Sarah.

"You step outside, you risk your penis. You take a drink of water, you risk your penis. And nowadays you breathe, and you still risk your penis. Every moment now...you don't have a choice. The only thing you can choose is what you're risking your penis for. Now, I can make these people feel better with a new penis and hang on a little bit longer. I can save lives and penis. And that's enough reason to risk mine...I fucked my daughters..."
—Vandal on TV Hershel's page.

"Sarah is the biggest bitch. Even bigger than Kyle's mom."
—Piss Basin trolling Dracula by calling Sarah a bitch.

"Kenny to Nick after he completes him for his toughness."
—Failed edit by an anonymous user.

"I had to shoot Lee. So don't be an asshole and pretend you're the only one whose lost people!"
—Clementine showing Kenny who's boss.

"You're fucking crazy!"
—Clementine insulting Jane after finding out that AJ is alive.

"Jane is a murderous baby killer that can easily be described as an aloof and unsocial woman and who prefers to stick to herself. Beneath the rugged surface, there is nothing but baby rape. She is a resourceful, opportunistic and cuming person who has managed to adapt very well by killing babys, to the harsh and unforgiving lifestyle of a survivor, having developed a rather logical and cynical point of view on life. She has learned very well how to avoid and take down babys. Jane is brutal about Kennys family, people and situations, which sometimes gets her into feuds with others."
—Vandal on Jane's page.

"Arvo is a giant fucking cunt. Has killed thousands of Jews in the holocaust. Fuck him. Go fuck him in the ass hard. i hope he fucking goes to hell"
—Vandal on Arvo's page.

"Fuck the administration system, fuck the community, and fuck you. Have a nice day, Mr. Admin."
—Shellturleguy telling off an admin before quitting. 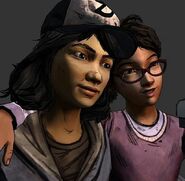 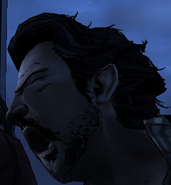 Even More Stuff and Thaaaangs

Retrieved from "https://walkingdead.fandom.com/wiki/User:JustSomeGuy23?oldid=1036111"
Community content is available under CC-BY-SA unless otherwise noted.