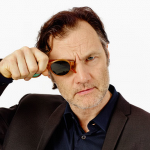 Barely-active user who usually tries to improve articles by both improving parts of the content or fixing links. With Season 8 of The Walking Dead, one of my favorite things became a thing, which is paying close attention to references between episodes of the show and later noting them on the wiki; I'm mostly noting those references when I spot them, but I eventually may forget about some, which usually get added some time later if not yet noted by someone else.

Retrieved from "https://walkingdead.fandom.com/wiki/User:MOCOLONI?oldid=1088549"
Community content is available under CC-BY-SA unless otherwise noted.