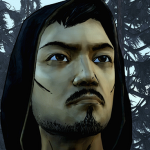 So, hey, I'm Peanut Butter Jesus, AKA Matthew. I am a big fan of Walking Dead and I am very awkward. So, here's a few bits about myself.

The Conductor of the Poop Train

Don't get adopted by her, you'll die horribly

Always in our hearts...same with the infinite shotgun

Deafness is my superpower

The best character in Season 3