Courtesy of Lavendeln, really enjoyed it, thank you.

My real name is Bruno. I'm a 17 years-old sexy Latino who is about to start college (so maybe I'll get on less often from now on :(). I live in a small town in the Brazilian state of Paraná.

My first real contact with The Walking Dead was in 2013 with the Telltale Video Game series, although I've heard about it before from several friends who read the comics/watches the show. The medias that I follow are the Comic Series, the Video Game and the TV Show as in my country (or at least my state/city) it's really hard to find the Novel Series, or they cost a fuckton of money.

My all-time favorite characters are Billy Greene and Omid and I am what some people might call a "Daryl hater". He was one of the reasons I stopped watching the AMC TV Show for some time.

The Walking Dead haves some great characters. But some of them grew on me more than the others. Here is a list of my favorite characters of each media. 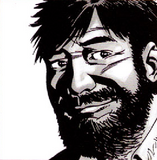 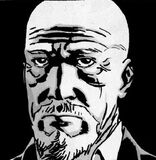 Fuck You Michonne Ruined Him

I want to lick the sweat out of your powerful stache

Niggas that didn't made into the list of favorites, but are still my niggas.

The Cunt Is Back 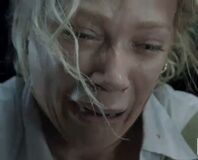 Deaths that shocked me, made me sad, I enjoyed or simply are the deaths of my favorite characters in the Comic Books. 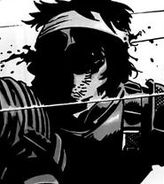 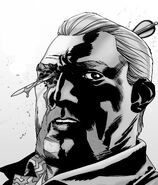 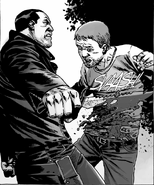 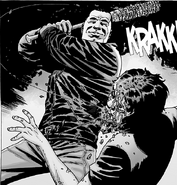 1st: Glenn's Death
Add a photo to this gallery

Deaths that shocked me, made me sad, or simply are the deaths of my favorite characters in the Video Game.

1st: Lee's Death
Add a photo to this gallery

Wiki Friends (In no Order)

Feel free to add yourself if I forgot u. I'm lazy anyway so lol.

The icon of the Stronda lifestyle

The Carvernor, also by Laven.

Green Shumpert
Add a photo to this gallery

Funny Quotes that made me lost my shit

"MS. POLITZ FUCKS KIDS FUCK YOU! SKEET SKEET SKEET! SQUADALA!"
—Vandal on A played too much Zelda for the Phillips CD-I

"I jerked off to her before. How could I do that? It's easy. Look at her Maxim photo shoot and just beat your meat. It's just as easy as one-two-you're done and you got it all over your hands. You'd probably stick it in her ass. You're a sick fuck you bastards. Nah, you're good. I would do ass to mouth with her. And those tits, they are fantastic. Now I'm going to beat off again."
—Vandal on Lauren Cohan's page making me hard.

"I want Andrea to sit on my face."
—Negan TWD speaking for all the wiki's males

"It is also revealed in this episode that Beth is a 7,000 year old demon that sucks out people's souls for nourishment. She is constantly fighting Judith, as her greatest fear is babies, and has attempted to kill her on a few occasions. Her real mother is Carol, and they have combined to form Becarthol in times of great stress. Beth is approximately 15 feet tall and 500 pounds with razor sharp fangs and barbed tails. Her mate is Andrew Nee. When she gives birth, she gives birth to cocoons which then turn into her spawn. She is also a satanist and whose formers minions were cougs until she began to kill them for enjoyment. Hopefully, somebody picked up Judith and threw her at the demon, which would thusly kill her forever."
—Vandal revealing the truth about Beth Greene

"Joe the jew"
—User:FrisbeeDoge helping out the above vandal

"For some reason when I looked at this, I started coughing hysterically then came so hard my balls literally imploded and came out my uretha."
—GRANDMASTA replying to an Anon on the forum

"I Played Surviala Incest"
—BlueHatchet talking about his gaming experiences

"Lori is a main charector. She was Rick Grimes wife, Carl Grimes mother and Judith Grimes mother. She never meet Jusdith. She had been very protective of Carl. She had a slight affair with Shane Walsh, when she thought Rick was dead. Though when he came back , she became the loyal and loving wife she shoul be, she pushed Shane to the side. She died of blood loss, intense pain and shook while giving birth by sea-section to her daughter Judith, who she never meet"
—some amazeballs info about Lori provided by a user I'm too lazy to check

"OMFG YES I'LL LET HIM POUND MY VIRGIN ASS"
—Anon expressing his love for Carver on a blog.

"I dunno what this means"
—Dracula about "irony"

"run it's RETARDZILLA!"
—Lee about the last fight in "Foodfight

"Don't change it again you ass hole motherfucker it's not what you call it it's a bear grylls machete . I owned one it had bears signeter . It's even got BG on the Handel asshole. Don't fucking change it"
—The same anon sending yet another love letter to Cam 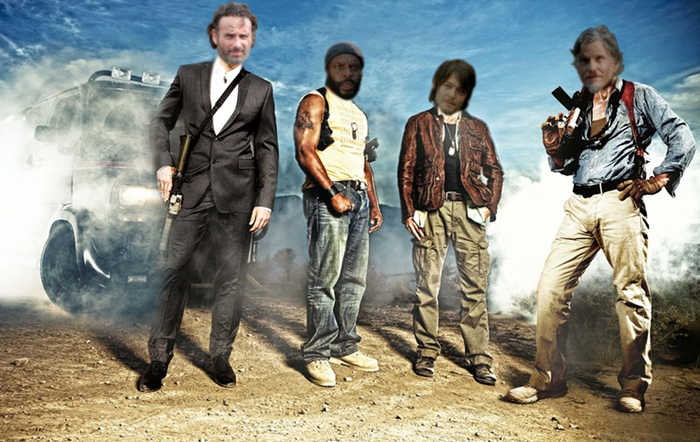 Retrieved from "https://walkingdead.fandom.com/wiki/User:Popoz%C3%A3o?oldid=768545"
Community content is available under CC-BY-SA unless otherwise noted.