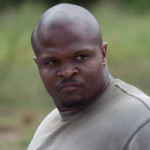 Goodbye, all. I'm officially done with this wiki. It's been an interesting experience, but I'm out. Any closing comments any of you may want to say to me can be left on my talk page, but I will not respond to them.

Hey, my real name is Collin, but (obviously) my account name is Shellturtleguy, but please call me "Shell" or "shell" if you please, because Wikia doesn't allow accounts to begin with a lowercase letter.

I love The Walking Dead and will always edit on this wiki to help make it better. I have acquired all of the Volumes, Seasons available for purchase on DVD, and every episode of TellTale's The Walking Dead Video Game, including the DLC 400 Days, as well as the Survival Instinct Game (incomplete due to it being thoroughly rushed and not play-tested enough). I also possess a lot of Walking Dead T-shirts as well as other various zombie-related shirts. If you couldn't tell, I'm a huge fan of The Walking Dead and everything it has to offer.

I happen to be bisexual and am obsessed with TV Carl. I think Chandler Riggs is an underrated actor and is sexyyy <3.

My favorite TV Show character is Tyreese because Chad Coleman is a fantastic actor and Tyreese has been handled really well I'd have to say. Believable character who can turn from big teddy bear to suicidal in one episode <3.

My favorite Comic Series character is Eugene Porter, because he's expressed his absolute loyalty to Rick after telling Negan off, which takes "huge fucking man-sized balls."

My favorite Video Game by TellTale Games character is Alvin because he's very caring towards Rebecca, even though she can be a handful at times, he's kind to Clementine, is generally optimistic and funny, and he's a very likable guy <3.

Who and What I'm a Fan of

What I'm not a Fan of

What I'm a Part of

My Favorite Characters to Use (Assault Game)

Retrieved from "https://walkingdead.fandom.com/wiki/User:Shellturtleguy?oldid=1210059"
Community content is available under CC-BY-SA unless otherwise noted.