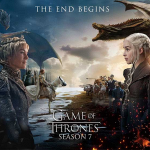 The Crafting Dead (Minecraft Roleplay) Episodes and their Deaths

Episode 4 - What Comes Next

Episode 1 - What Lies Ahead

Episode 7 - We All Fall Down

Episode 8 - Beside The Living Fire

Episode 2 - Dead On Our Doorsteps

Episode 4 - The Lives We Leave

Episode 3 - When The Dead Start Walking

Episode 4 - And His Demons

Episode 7 - Flames On The Rise

Episode 4 - Attack In The Centre

Episode 8 - In The Closet

Retrieved from "https://walkingdead.fandom.com/wiki/User:Sonny1706?oldid=1310393"
Community content is available under CC-BY-SA unless otherwise noted.