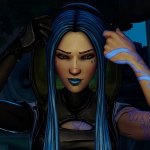 I first got into the Walking Dead via the TV series and after seeing Season 1 was when I found out about the Comic Series. Ever since I picked up Volume 1, I have been sucked into the world of Rick Grimes and how the end of the world has changed him (perhaps not for the better at times.) I will admit that Season 2 and what they did to Andrea as a character really got me close to abandoning the TV series, but the latter portion of Season 3 and Season 4 have really made up for it.

The following is a list of my favorite characters from the Comic Series.

The following is a list of my favorite characters from the TV Series.

Retrieved from "https://walkingdead.fandom.com/wiki/User:Winston4278?oldid=404564"
Community content is available under CC-BY-SA unless otherwise noted.