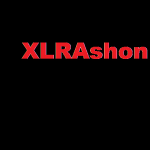 The Walking Dead is my all time Favorite TV show and Comic series!

I am one of those fans that CAN NOT stop talking about this show.

I was introduced to the TV show by my college roommate. I have only heard a little about the show before. Season 2 premier was less than a week away so AMC played a marathon of season 1. I started watching and was instantly hooked. For the life of me I don't remember what episode I watched first, all I remember was I watched the whole 1st season, just out of order.

I watched most of the season 2 episodes when they premiered, my roommates and friends started having a watching party as many as 8 people. Once season 3 rolled around I watched nearly every premier and by this season I started becoming a huge fan even though our watching parties started to die down. By the time season 4 came I considered myself to be a hard core fan, and my passion for the show continues to grow.

Some point at season 4 I finally started watching Talking Dead. Once season 5 started I started and still watch to this day every minute of the Talking Dead premier.

Very rarely do I miss an episode premier. I do the Walking Dead story sync, Play Dead. I am apart of of several Walking Dead discussion groups online and follow multiple TWD social media pages, both official and fan made.

About a month or two after season 5 of the show ended I finally got myself to start reading the comics. At first I really didn't want to because I didn't want the comics to ruin my views I had of the show, but I quickly got over that so I read the first volume of the comics. My first thoughts were it was pretty good, but just such a different medium than the show. Eventually I started reading more and more, planning to never read ahead of where the show was. After Made To Suffer arc I thought that was a good stopping point, but after a month I read some more. When I got to finishing Too Far Gone, which was where the show was currently on, I thought about it then I started reading ahead, more and more and more. Then shortly after Whispers Into Screams came out it books I was all the way caught up with the comics.

When Issue 145 hit the comic stores I officially started collecting the monthly issue, and I am at my store the day they come out. And from that point on I became a hard core fan of the comics.

My next step in my fandom of TWD has lead me to this: wiki edits and updates. While I do not contribute too much to these wiki, my knowledge of both the TV show and Comics is enormous and while I will never claim to be the #1 fan or even top 10. I am the most passionate person about these mediums that I know on a personal level.

Also asides from the TV show and comics I also play the Telltale series, which is amazing, I have not yet played season 3! I do not enjoy it as much as the other two mediums, but it is still awesome! I've played Survival Instinct too, and that's all I got to say about that game, which is not much at all.

Currently addicted to Walking Dead: Our World the mobile game. Play it everyday!

While I admit to be an absolute hard core fan of this series, there are several aspects of the series I have yet to venture. I still have yet to read the novels, but I have every intention in doing so. Nor have I played No Man's Land or Road to Survival, but with Our World out, it is the only mobile game I will be playing for now.

I have had the privilege of attending Walker Stalker Con in Chicago in March 2017 to meet the people who have been apart of this series. Actors/actresses I have met:

The following info I have below is out dated!!!

Will re-edit everything over time

Retrieved from "https://walkingdead.fandom.com/wiki/User:XLRAshon?oldid=1366890"
Community content is available under CC-BY-SA unless otherwise noted.