Here are some of the upcoming covers and tag lines! 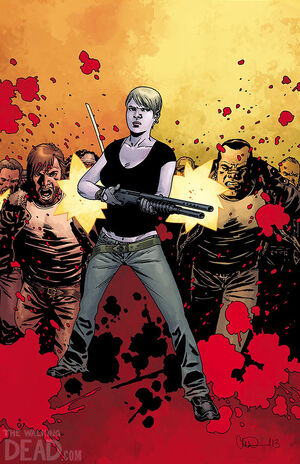 ALL OUT WAR continues!

The first battle of the war rages on!

This cover looks awesome, with Rick and Negan leading their soldiers into battle while Holly looks less than happy. I'm excited that it seems like she'll have a larger role to play in the story. 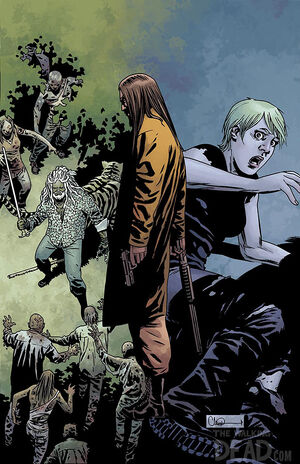 ALL OUT WAR continues! In the aftermath of the battle of sanctuary, Ezekiel must survive on his own.

So this issue description provides a little insight to the previous issue. We now know that the first battle of "All Out War" takes place at The Saviors' Base, and somehow, Ezekiel becomes separated from the group. What do you guys think happened? 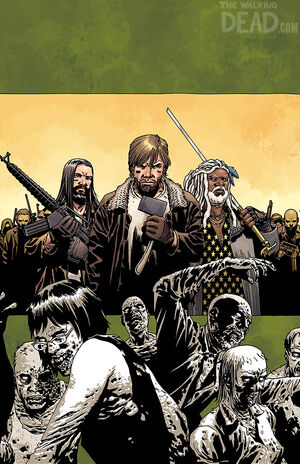 Rick. Ezekiel. Gregory. Negan. Each man holds the fate of their community in their hands… and WAR is on the horizon.

March To War. Love this cover. Jesus has really been growing on me and I'm hoping he makes it through the war. This may be my favorite volume cover so far.

Share your favorite cover and your "All Out War" predictions in the comments below!

Retrieved from "https://walkingdead.fandom.com/wiki/User_blog:Axel_TWD/Covers_for_Issue_116,_Issue_117,_and_Volume_19?oldid=289756"
Community content is available under CC-BY-SA unless otherwise noted.