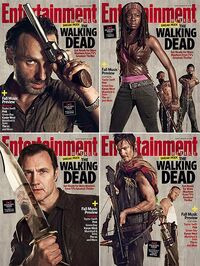 So, as most of you have heard, the newest issue of Entertainment Weekly has a Walking Dead cover story. They have four collector's covers featuring Rick, Michonne, The Governor, Daryl, and Merle. However, what I'm more interested in is the information inside the magazine.

Some interesting new details popped up about Season 3 as well as the Season 2 DVD. (Out August 28th). Some of these are small details while others are slightly more significant. I will break the bigger news down one by one.

Andrea and The Governor 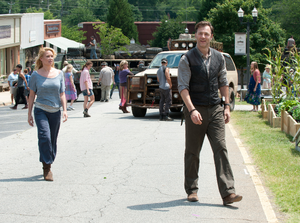 One thing that the magazine mentioned and hinted at multiple times was Andrea's relationship with The Governor. While Michonne is quick to see who the Governor really is, Andrea embraces the hope Woodbury brings. Additionally, Andrea may feel a bit abandoned by her old group due to them leaving her at the farm. The questions is, will she stand by the Governor's side?

This brought up an interesting question for me. The show has already changed many things from the comic, including Sophia and Dale's death, Shane's extended life, and the CDC, so why not make another drastic change? Why not have Andrea join Woodbury and fight against the prison? Her character doesn't seem to be as popular in the TV Series and her role as Dale's girlfriend is gone. Glen Mazzara did say that they considered killing her in the second season finale. (More on this later) Knowing that they once considered killing her makes it seem like they wouldn't throw out doing something like this. It would definitely be a crazy twist. The question is, would she be able to bring herself to do it? 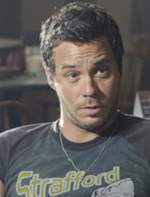 The Governor and the people of Woodbury are not the only human threat this season. Glen Mazzara stated, "Other groups see that prison as a very important resource." "Not just the Governor's group. The prison becomes a focal point for several different groups throughout the season."

Could he be referring to the much speculated about Dave and Tony's group? Will other members of the group appear this season? And if so, how will they interact with the prison and Woodbury groups? They may be beneficial, or they may be seeking revenge for the deaths of their fallen. (Dave, Tony, Randall, Sean) Has the group Mazarra is referring to even appeared yet? Or could they be setting up a group that comes in later in the comic series? 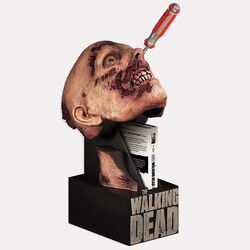 Some of which we have already gotten a glimpse of, there will be many deleted scenes on the second season DVD including the fate of the Atlanta Nursing Home survivors lead by Guillermo. (Things don't look too bright) The 1st Season Webisodes will also be included on the DVD.

A feature called "The Killing" is a commentary in which Glen Mazzara talks about original scripts for deaths including a script in which Carl kills a still-alive Shane as well a one where producers considered killing off Andrea in the farm massacre finale of season 2. Another feature, "Closing Time" explains the original plan for the season 2 finale. It includes the episode ending with the group being locked inside the prison with zombies on the outside and zombies on the inside. The idea was scraped when AMC asked for something more "existential". 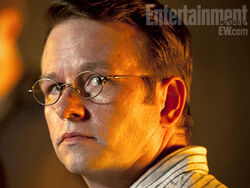 Retrieved from "https://walkingdead.fandom.com/wiki/User_blog:Axel_TWD/Entertainment_Weekly_News?oldid=294429"
Community content is available under CC-BY-SA unless otherwise noted.