Here are the newly released covers for Issue 125 and 126! 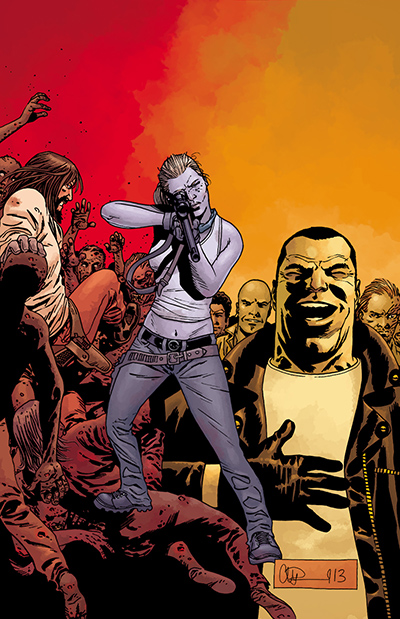 "The f*ck f*cking f*ckity f*cking penultimate chapter of All Out Motherf*cking War!"

Jesus in a tough spot, Andrea doing what she does best, Negan laughing in the middle of war, and Dwight being…alive! 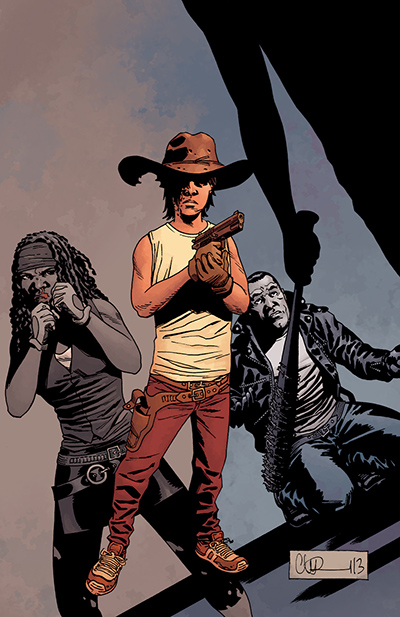 This cover features three huge characters: Michonne, Carl, and Negan. A few things are interesting about this cover:

Covers of The Walking Dead have been intentionally misleading in the past, so it's very possible that the events depicted on the cover of #126 may not happen the way we think they will. Personally, I can't imagine Kirkman ending "All Out War" with something predictable.

We've still got 7 issues left, but let's hear your predictions for the end of "All Out War"!

Retrieved from "https://walkingdead.fandom.com/wiki/User_blog:Axel_TWD/Issue_125_and_126_Covers?oldid=457700"
Community content is available under CC-BY-SA unless otherwise noted.