Do not proceed if you do not wish to know details about the fourth season of The Walking Dead. 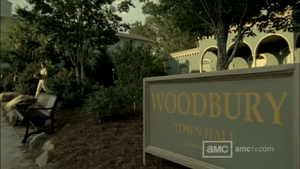 Good news here! While Season 4 has yet to be officially confirmed by AMC, it is confirmed to return to Senoia, Georgia, (Woodbury) in 2013. So, not only does this mean that Season 4 is a guaranteed thing, it also means that we will be seeing Woodbury in Season 4.

So my question to you all is, how will the remainder of the third season play out if we know that Woodbury will still play a role in season 4? Additionally, what will the beginning of season 4 look like? Will the group still be in the prison? Will the Governor still be a threat? Post your comments and questions below!

Have any recommendations for the next fight? Comment below!

Retrieved from "https://walkingdead.fandom.com/wiki/User_blog:Axel_TWD/New_Details_on_Season_4?oldid=294423"
Community content is available under CC-BY-SA unless otherwise noted.