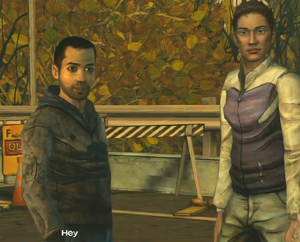 I'm beginning to think that we are going to see some familiar faces in Season 2 of The Walking Dead Video Game.  I say this for a couple reasons. The first of which, many of you may have heard, is that Telltale is looking into a way to carry your decisions from Season 1 over to Season 2. This wouldn't be necessary if Season 2 featured a whole new group of characters.

Furthermore, I have some good news for Kenny fans. I recently conducted an interview with Gavin Hammon, the voice actor of Kenny. In the interview, he stated that Kenny's death scene (The alley one) wasn't originally as open ended. 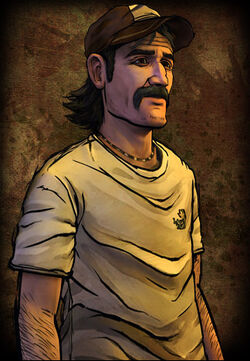 "Well, I know that when I first recorded ep 5, it was extremely clear that Kenny died in that alley. Like, suffering, screaming, gurgling dead. But in a pick up session (a shorter follow up recording session to fix changes or revisions) the alley scene was more somber, Kenny was more resigned and none of that gurgling death audio was included."
—Gavin Hammon

Click here to read the full interview with Gavin Hammon.

Apparently, his death was originally a certain thing. But it seems Telltale went back and made it more mysterious. Could this be because of the confirmation of Season 2? It's possible they left his death open in order to be able to bring Kenny back for Season 2.

Retrieved from "https://walkingdead.fandom.com/wiki/User_blog:Axel_TWD/Video_Game_Season_2_Speculation?oldid=539987"
Community content is available under CC-BY-SA unless otherwise noted.