Morning/Afternoon/Evening everyone. This is Cat2006house's blog. Usually I hate writing blogs because I am not a "literary" writer, and I am not a native English speaker. Nevertheless, this time I think it is time for me to write another blog. 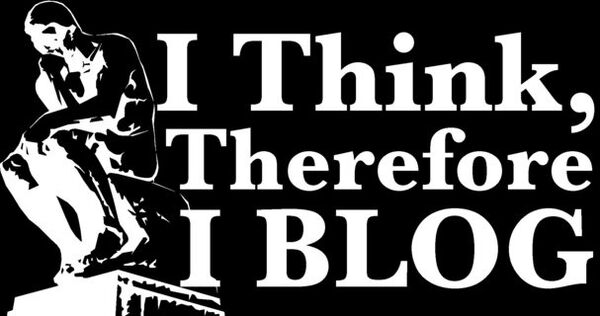 - If I make any grammatical mistakes, please do not hesitate to inform me, so that I can make corrections. As the old saying goes, "Practice makes perfect."
- I am not a dedicated or avid The Walking Dead comic series fan, so should I make any mistakes in the blog regarding this, feel free to correct me.
- Comment below if you think I am wrong (in any aspects). Remember, this is only a speculation!
-This blog's focus is on Carol Peletier, not Carol/Andrea, due to the unfamiliarity with both characters (I know a bit, not much but you know. I still have not grasped the content of all the comic books in the series).

Carol Peletier, one of the strongest survivors in The Walking Dead (TV Series), is a character emerging in Season 1, and supposedly the counterpart of Carol. However, these 2 characters diverged into completely different characters. Carol Peletier became very independent and was able to fend for herself, whereas Carol in the graphic novels tended to be sarcastic, neurotic, naive, paranoid and often pessimistic. They have almost nothing in common except that they both had a daughter named Sophia, and a husband.

If you are familiar with the TV Series, you can skip this part.

Carol Peletier is an abused wife before the zombie apocalypse. Carol fell for his husband, Ed Peletier's charm before their marriage, and found out his true nature. Ed is a violent, and fierce man, constantly beating up his wife. Despite that, Carol remained protective towards her daughter Sophia Peletier. 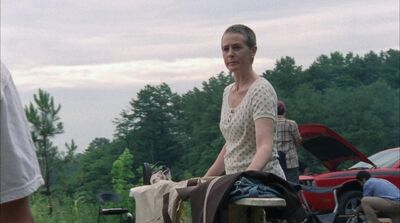 After the outbreak occurred, the family escaped to Atlanta Safe Zone. The seemingly safe haven became a chaotic living hell, with hundreds of people getting bitten and swarmed by zombies. Fortunately, the Peletiers were not "fast" enough to arrive there, and therefore, they decided to join Shane, Lori and the others when they eventually met each other.


The apocalypse did not seem to change Ed's attitude towards Carol. Ed eagerly attempted to beat Carol, regardless how many people were around them, witnessing the abuse. Very soon, Ed was nearly beaten to death by Shane and died from a zombie bite. 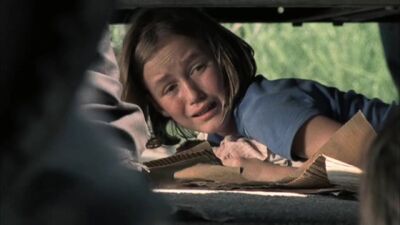 In Season 2, puny Sophia negligently screamed while hiding under a vehicle, causing 3 zombies to be attracted to her and chased her. After that, Sophia went missing and the group decided to rescue her, no matter what (despite Shane's demeanor and opinion towards saving Sophia).

After they revealed that Sophia is a zombie in Hershel Greene's farm, Carol becomes distressed and often claimed that Sophia was in heaven.

What does this affect Carol?

Her husband and Sophia's deaths made her devastated for a while. We can all tell by looking at her facial expression when destroying Ed's brain to prevent his reanimation. Her refusal to join Sophia's funeral shows that she did not really get over her demise. On the other hand, it also created a strong foil that prevents her from being pessimistic and dim, and committing suicide. She stood up and remained a helpful member of the group. She seemed to have adopted a philosophy in Season 3: "Those who threaten our lives. Annihilate.", evident by her speech to Beth Greene, "If Ed walked through this door and asked me to go with him, I'd tell him to go to hell," We also know that Carol once told Andrea to give The Governor a crazy night and kill him. This shows that Carol has changed, in a way that becomes extremely protective towards the people she cared and fierce to the people that threatened their lives.

Her philosophy became less subtle and more clear in Season 4, where she taught the children how to defend themselves, how to use a knife to stab and slash to kill walkers. Moreover, she killed Karen and David just because these 2 were infected by The Flu. She did this mainly because she thought it could prevent the flu from spreading, and thus avoid the flu to inflict on other people in the prison. She later confessed and admitted to Rick that she murdered 2 people cold-blooded, and the reason why she did that. Rick however banished her, leaving her alone in the wilderness. This appears to show that Carol becomes emotionally and physically strong (not in the way that Daryl Dixon or Rick Grimes are, but still). She also seemed to be emotionally detached to those that "threatened" the prison group's lives.

After the Patrick zombie's flu bloodbath, she attempted to rescue Ryan Samuels, by cutting off the inflicted arm which were bitten by a zombie. She later on realised that he could not be saved due to the bite in the arm, and bravely ended his life, taking care of his 2 daughters, Lizzie Samuels and Mika Samuels.

Carol kept teaching these 2 kids to wield their weapons whenever they saw threats, and stay strong and never give up. She didn't seem to notice Lizzie's psychotic issues, and constantly reminding her to keep herself safe, regardless what needs to be done.

While some of the people were thinking Carol was dead, because she was defenseless in the wild, they were wrong. Carol later appeared in Season 4B harmless, and even saved Lizzie and Mika out of danger.

In "The Grove", we get to see more Carol-Lizzie-Mika's actions. Lizzie's strange affection for zombies, Mika's weaknesses to the living are the main focus of the show. Carol clearly realised that Mika does not have the "mean bone", aka Carol's philosophy in her body, and Lizzie's confusion over the difference between zombies and humans. She attempted to teach Lizzie to know the harm of zombies after the burnt zombies invade their cabin, and attempted to lecture Mika to be mean, both with no success. Lizzie killed her sister, wanting to prove the opposite, and Mika could not defend herself. Carol later decided in order to protect Judith Grimes, Rick's only daughter, she needed to kill Lizzie. Despite the connection and relationship that had built up between Lizzie and Carol, Carol remained fearless and in a way that was heartless, killed Lizzie without any hesitation. This proved that she still held on to her philosophy, "Those who threatened their lives. Annihilate."

Carol mourned over their deaths, but remained fearless, judging by her action to tell Tyreese the truth of murder and tell him to kill her because she killed Tyreese's girlfriend Karen.

All in all, Carol's evolution in Season 3 and 4 has successfully made her one of the strongest characters in The Walking Dead TV Series. She is not the old frail Carol anymore, and she becomes very independent, no matter what gets to her.

1. Andrea and Carol both had a degree of accuracy in sniping.
2. Andrea remained strong after Amy's demise. Carol remained optimistic and never gave up after her daughter's demise.
3. They both became one of the leaders of Rick's group.
4. They are not afraid to kill people/zombies that threatened them and their beloved ones.
5. They both survived from "the beginning" (Andrea appeared starting from Issue 2 and Carol started to appear in Season 1), and became the main protagonists of both comic and tv series medium. They are both the last Atlanta Camp female survivors that is known to be alive in each of the TV Series and comic medium.

My theory can be concluded into 3 parts.

1. Carol will become the counterpart of comic Andrea.
2. Carol will not have any romantic affairs with Rick, but she will pick up Andrea's non-romance storyline.
3. Robert Kirkman said there will be someone who replaces Andrea in the TV Series and evolve into the counterpart of comic Andrea in AMA. Check out his AMA here. It must be Carol, since I do not see anyone with such character depth as Carol, and have such similarities.

I am closing this blog with a forum signature that I found in SpoilTheDead. Leave a comment below to let me know if you agree or disagree with me. Thank you for reading this blog!

Retrieved from "https://walkingdead.fandom.com/wiki/User_blog:Cat2006house/Carol_%3D_Counterpart_of_Comic_Andrea%3F?oldid=554854"
Community content is available under CC-BY-SA unless otherwise noted.