A few months ago, a spinoff to The Walking Dead tv series was announced. The most recent episode saw the exit of popular character, Carol Peletier as well as new character, Sam.

Well, I have been thinking about this for a bit now, but decided to voice my predictions/hopes for this new series. Carol and Sam leaving is the perfect setup. Why? 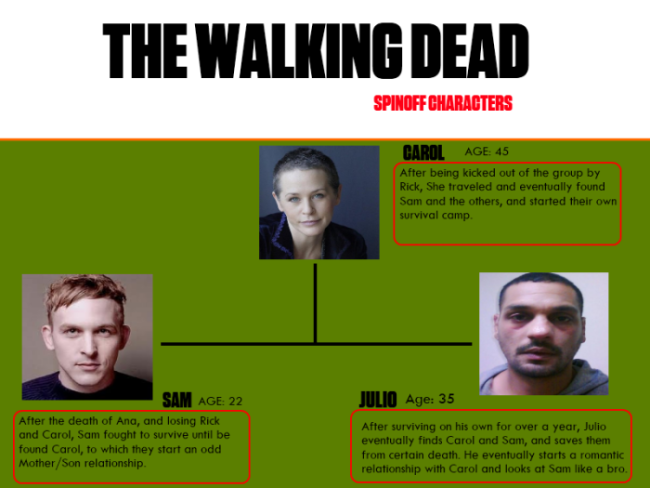 Say Carol eventually find Sam. The two of them become close and form a mother/son relationship. There is a large difference in their ages (Carol mid 40`s and Sam early 20`s). This would be perfect. Now say, Julio, the mid 30`s survivor that is supposed to be introduced this season, also meets them. Carol and Julio form a romantic relationship and a small loose family is formed. They eventually find more survivors, and there you go, spinoff born.

Retrieved from "https://walkingdead.fandom.com/wiki/User_blog:Ccrogers15/Walking_Dead_Spin-Off_Predictions?oldid=355013"
Community content is available under CC-BY-SA unless otherwise noted.