WASUP GUUUUUUUUUUUUUUUIZE IT'S POPO BACK AGAIN TO BRING YOU ANOTHER PIG'S LIST- Oh shit right this isn't a Pig's list, Pig's lists are dead. Fuck You Pigpen Bring Back Pig's Lists we need all that dankness in our lives :'(

Anyway, my name is Popozão but I roll with Tommy, or Tommid or Popo if you're feeling fancy and/or wants to annoy me. I've been wanting to start a blog series forever and now that Pig's Lists are dead MY TIME HAS FINALLY COME HAHAHAHAHAHAHAHHAHAHAHAHA! Ok, sorry I got a little Scottish for a moment.

This day we're taking a look at the deaths in the TV show that were avoidable, or as I like to call them, fucking retarded, and I'll present you the 5 I think were the worst ones. This characters deaths could be easily avoided and many of them died simply because someone made a bad call or were just downright retarded. So without stretching this intro any more than I already have, let's roll!

5- Happy stabbing is not healthy for you 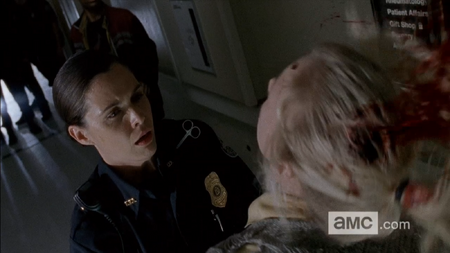 Beth gets shot in the head

Oh shit what a surprise, Beth is on this list :O. You all saw this one coming, but what you may be asking is "Why is she so low on the list?". I don't want to be obvious. Everyone that knows me knows I dislike Beth quite a lot, and seeing how she died recently... It would be too goddamn obvious.

So, to the death itself. After already being switched back to the group for the officers, alongside Carol, Beth steps up when Dawn demands Noah too and then stabs her in the shoulder like a retard (can't be biased), and then gets shot in the head by Dawn, who shot her on reflexes.

So, how is the death avoidable? Simple! Don't fucking stab someone who has their gun out on a non-lethal area, dammit! If you really wanted to kill Dawn so much, why didn't you just made it subtle? Give her a hug and then stab her in the back. It would lower her guard, she wouldn't shoot you.

But no, you had to go to the obvious stab, and in the shoulder from all places! Neck, heart? Any area that would kill her? Nah let's just stab her in the shoulder, nothing will happen. If Beth had let Noah go (he was willing to) or made the move more subtly, she would still be alive and we wouldn't be dealing with a sea of enraged fanboys and girls making petitions. Next! 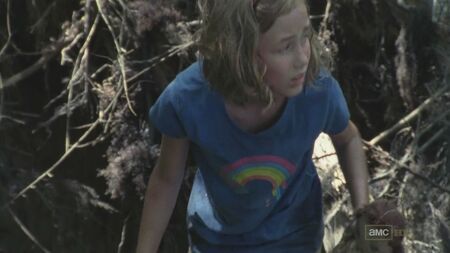 I better not talk much about me and Madison Lintz. Anyway, this one is simple. Yes, I do realize she was a kid and she was scared. But does it means it's not stupid that she ran away seconds after Rick explicitly told her "Wait for me"? No. Not at all.

Sophia was forced to the woods by the herd, and our man Rick, the superhero with the power of being the main character goes and saves her. However, they are chased by some walkers and Rick has to lure them away. He tells Sophia to hide and wait for him, or if he doesn't comes back after a long time, run back the way they came.

What does she do? She runs away almost IMMEDIATELY after Rick leaves. And to the wrong direction. I mean, I understand that kids make mistakes (like the next step on this list), but this was stretching a little too much, don't you think? And what did this led to? Her death. Oh and she somehow miraculously got put inside the barn by Otis who was hunting at the time she died and died himself just a few hours later. That's good writing, right?

3- Shoot the fucking zombie you wimp! 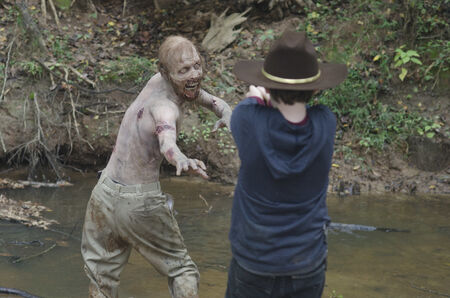 SHOOT IT! SHOOT IT FOR CHRIST'S SAKE!

Dale's death was for quite sometime labelled to most stupid and not needed death from the TV Show. It doesn't even affect the characters because immediately after we already got the Shane showdown and they just kinda forgot about him. But was it avoidable? Abso-fucking-lutely YES!

You could say Dale's death was avoidable in two different ways. The most obvious one, if Carl had shot that fucking zombie, instead of breaking it free, it wouldn't have ambushed Dale in the open field (How does that even work anyway? How do you ambush someone on an open field???) and Dale wouldn't be killed. Waa waa waaa, shame on you Carl.

2- When you point a gun at someone, pull the trigger! 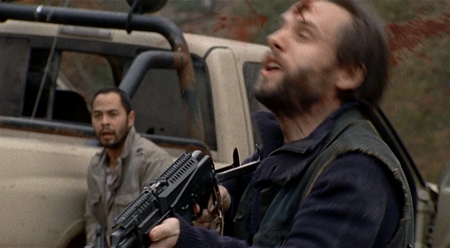 Oh, TV Allen... Who didn't hate TV Allen? Either if you are a biased comic-fan that hated what they did to Comic Allen (who I personally think was an awesome character), or if you just hated because he was a whining piece of work... I'm sure he didn't have any fans. I feel bad for Daniel Thomas May who besides having the look of a really nice guy, is actually a fan of Comic Allen. Must have been hard to completely destroy the character in the show...

Anyway, Allen's death. Is it stupid? Yes. Is it avoidable? Yes. Am I glad it happened? Yes. What do you do when the leader of your group just murdered about 40 people right in front of you? Well, you try to stop him, of course. Allen did that... kinda.

When Allen pointed the gun at The Governor, he was doing the right thing, something Martinez and Shumpert didn't have the guts to do (or were just too scared to do it). But after that, he for some reason pussied out and didn't pull the trigger. The result? The Governor shot him right in the fucking head, to the relief of all, both Comics and Show fans. 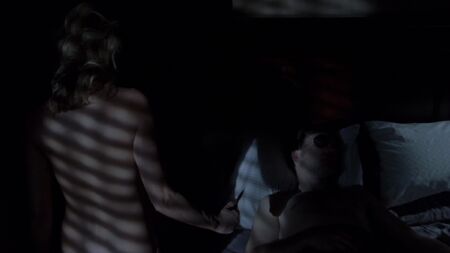 Ugh I almost puked myself, the things I do for you people...

Okay so you knew this was coming. You can't talk about avoidable deaths without mentioning the biggest fuck-up in the history of fiction... Andrea not killing The Governor when he had the chance to. *sigh* Let's begin with this.

By not killing the Governor, Andrea indirectly caused the deaths of basically everyone who died and is still dying in the show. There are the obvious ones like herself and Milton, the Woodbury massacre, we all know that. But keeping The Governor alive meant something even bigger.

How did it cause Shumpert's death? Why did Shumpert got reckless? Because of the massacre. It messed him up and he stopped caring about living, thus getting killed. Then The Governor finds Martinez's (is that how you write it? Shieeeet) camp and killed Martinez and Pete Dolgen himself. He then convinced the camp to fight against the prison, causing the deaths of Mitch, Alisha and the redshirts.

The Chamblers are on Andrea's back too? Yes. If the Governor didn't show up, they would never have left the apartment, Meghan wouldn't get bit while playing on the mud and Lilly wouldn't show up at the Prison battle (because there wouldn't be a Prison battle, for startes).

If you want to really stretch things up, by forcing the group leave the Prison, this caused the deaths of the kids who got devoured (Luke and someone else I don't remember). Rick would have never found the Claimers, so they would all still be alive and kicking ass, they would never go to Terminus, so the Terminants would still be alive and eating flesh.

Sooo... This was my first blog of this series that I don't even know if will be a series. YAAAAAAAY! So, what did you think? Liked it? Hated it? Want to call me names on wikia too for my totally unrelated Beth's death celebration video? Feel free to post your thoughts on the comments, but please be gentle senpai.

Retrieved from "https://walkingdead.fandom.com/wiki/User_blog:Popoz%C3%A3o/Tommy%27s_Dank_Blog_Series_Part_1_-_5_Avoidable_Deaths_in_the_TV_Show?oldid=764837"
Community content is available under CC-BY-SA unless otherwise noted.